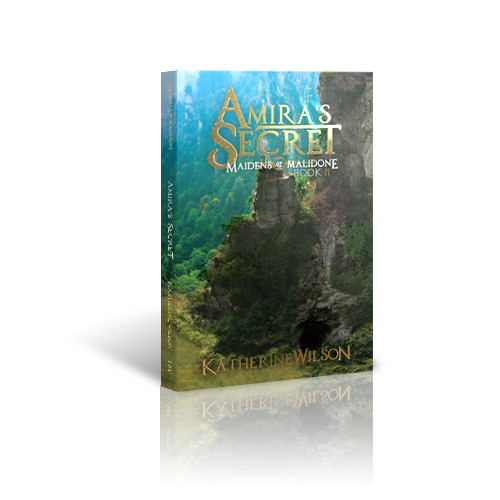 The Maidens of Malidone is a wholesome and edifying Medieval adventure series written for pre-teens and teens by a teen.

Princess Amira longs for change, adventure, and a life beyond the palace walls, but more than anything, she desires meaning. Her life lacks what makes other people whole, and she knows it. Amira has second thoughts about leaving Malidone when Sir Caine, a dreaded enemy, threatens war and she is forced to evacuate. For the first time in her life, she doesn’t want to leave. Amira is set aboard a ship to escape imminent danger, but the real danger begins at sea.

Amira endures peril, loss, and tragedy before washing up on a foreign island. Always remembering her father’s warning to keep her true identity a secret, Amira gradually adjusts to her new life as a castaway in a strange land. When her friends grow weary of wondering who she is and what she is hiding, Amira’s secret gets hard to keep.

She struggles to see a plan not meant for her to see, and wonders if there really is a God who cares about her life and circumstances, especially when her beloved homeland is attacked and her family goes missing.