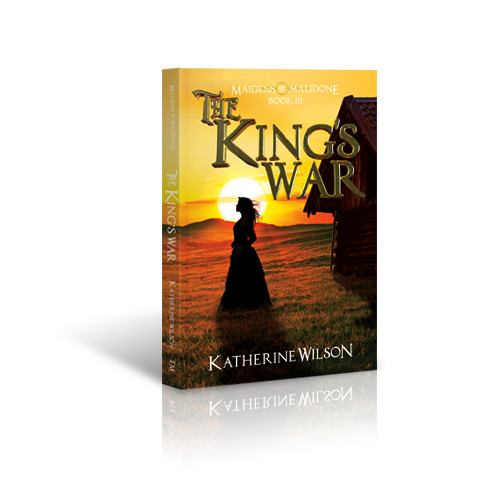 The King's War - by Katherine Wilson

The Maidens of Malidone is a wholesome and edifying Medieval adventure series written for pre-teens and teens by a teen.

After living in a palace, on an island, and in a cave, living on a farm seems...dull. For Amira, it’s survival. She looks, works, and smells like a peasant, but deep inside she’s still a princess, longing to free her people from Caine’s tyranny, who has pronounced himself King. Amira and her family are powerless to stop Caine without an army, but recruiting men does not prove easy—not when Caine’s soldiers lurk around every corner.

Amira and her brother, Charles, head West, to rally their people for war. The road is rough, their patience wears thin, and their zeal runs low, but Caine’s oppression is ruining lives...lives like Sadie’s, a common thief due to circumstances beyond her control.

Even with the help of old friends, will the Kings’ army of peasants be enough to overthrow Caine’s rule? What if those friends get hurt...or worse? Is Amira willing to trust her Savior, no matter what?